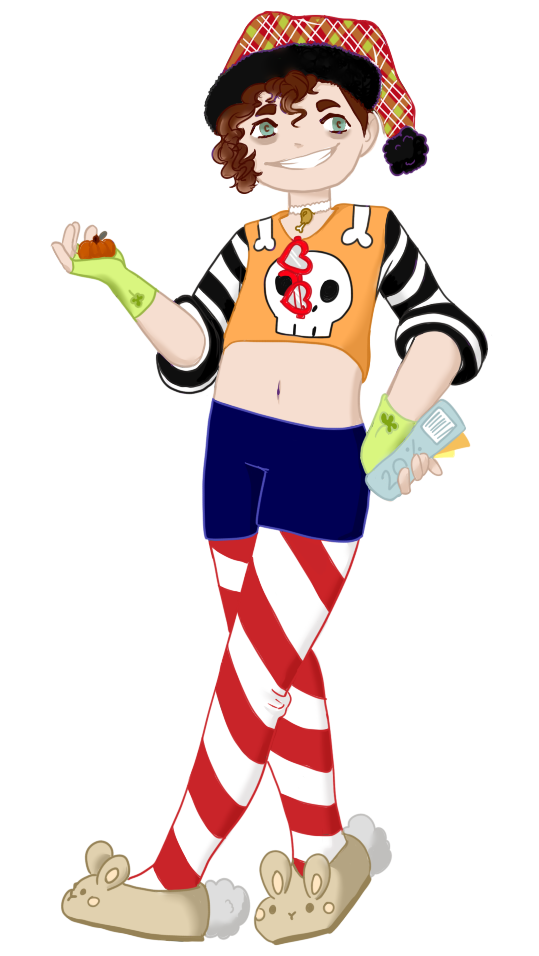 Practicality is basically what would happen if the pure basic logistics of Logic and Enthusiasm were pureed in a blender that was set to high.

Everything that Emery owns is the result of a “practical” deal, the clothes that they wear are from the days after a major holiday, where discounts are really really good. The one thing that they don’t really seem to understand, however, is that despite it being a discount the money will add up and regardless of how good of a deal it is. Emery almost always ends up having buyers remorse by the end of it. It doesn’t stop them from wearing whatever they bought, but it makes them feel pretty down in the dumps.

Emery often has those days where they let emotion sweep over them and carry them wherever, and they usually last a pretty long while. At least unless Innovation is there to help him forget about whatever is bothering them. He loves to witness Innovation’s ideas come to light, and they will often encourage Innovation to push the idea further and further, often times creating a bigger story than what was planned out already. Emery is thriving and at his best when Innovation is working and inspired, it’s one of the only times that they will remain calm for a long period of time. Thus giving Decency some much-needed rest.

Although, even then it isn’t a done deal. Emery often times gets a wander-lust, with the need and the urge to just go off and do his own thing. Whether its a good idea remains to be seen, especially given their own warped logic on the matter.

They always love to be up and doing something, be it traveling or just cooking to stave off boredom.

They are so cool. I like his enthusiasm for after-holiday sales